When a Foreign National Dies with Assets in New York, What Happens?

What Wealth Advisors, Legal Advisors, and Globetrotters Need to Know

People from all over the world have assets located in New York, from bank accounts and securities, to artwork and real estate.

Whether you are an individual who bought an apartment for a child in college or an art aficionado getting an appraisal from Christie’s or Sotheby’s, it is worth considering what happens to these assets on death.  How do the next of kin or beneficiaries get access to the property (the right to enter your apartment, for instance)?  What are the tax consequences?  We hope that this article will present a few practical pointers for globetrotters.  We’ll take a particularly close look at New York real estate investment and ownership by people who are not U.S. citizens and are not domiciled in New York or the U.S.  We’ll call them Internationals.

Remember “domicile” is defined differently for estate and income tax purposes.  Since we are looking at issues that arise on death, “domicile” means living in the U.S. with the intent to remain indefinitely rather than number of days physically present in the U.S.

An International who dies owning real estate in New York in his or her name, in most cases, will need an ancillary probate proceeding in New York to access and transfer the property.  An “ancillary” proceeding means that the local court must determine who the right person is to receive the assets.  This may involve affidavits from notaries, certificates from foreign courts, cost, time and expense.

Here’s an example of what can happen.  Last year, the father of a young Italian woman attending college in Colorado, passed away suddenly without a will.  He had $70,000 in a bank account at a New York branch of a large U.S. bank.  The Italian law firm for the family tried to contact the bank over many months to get access to the funds for the daughter in Colorado.  By the time the Italian firm contacted us, the account had been closed by the bank and so much time had elapsed that the bank was about to pay the funds to the Division of Unclaimed Property for New York State.  A lengthy, expensive ancillary administration proceeding was required to finally get access to the bank account funds and deliver them to the daughter.

However, when real estate and other assets are held in an entity such as an LLC, trust or corporation, an ancillary probate proceeding may not be necessary.

My family member or International client died with assets in New York.  How do I recover the assets?

When an International dies with a will from the International’s country, the process generally begins in that home country.  The will is submitted to the appropriate authority in the home country to get legal authorization to collect assets, pay debts, manage property and distribute it to the beneficiaries under the will.  In New York, we would call this person the Executor, but in many countries this role may be played by heirs who have certificates of heirship and distribution decrees.

For an International who dies without a will, the process of gaining legal control over his or her New York assets is similar to that described above.  “Ancillary Administrator” is the title for the person appointed to manage the New York estate.

When is ancillary probate or administration unnecessary?

Ancillary probate (or administration) will generally not be necessary when New York real estate is held in an entity such as an LLC, trust or corporation.

Ancillary probate may also be unnecessary when, for example, real estate1 is held by more than one person; it will depend on how legal title is held.  For example, married couples frequently hold title in a form that insures the survivor of the couple owns the property automatically on the first death.  When the first spouse dies, the property passes by operation of law rather than by will to the surviving spouse.  No ancillary proceeding is necessary, but, as discussed below, tax issues may arise.
When there are more than two owners or the owners are not married, real estate is generally held as “tenants in common” and the International’s estate will need an ancillary proceeding in New York.  If the International had a will, the interest in the real estate will go to the beneficiaries named in the will; if the International didn’t have a will, the real property will go to the persons designated by New York State law.  Thus, ancillary probate is necessary for real estate interests held as tenants in common.

If an entity holds real estate (rather than an individual) will it be subject to estate taxes?
Many people hold real estate in a trust, LLC or corporation rather than in their own name.  Whether an entity (or the real estate it holds) are taxable for estate tax purposes depends on the type of entity involved, the tax elections made by the entity (pass-through or not) and other factors including how the property is being used (personal or business).  The permutations are numerous.

To clarify the variations in estate tax treatment of real estate held by an International at death under various scenarios, consider the following (dollar estimates are used for clarity):

Example 1
An International from a country that does not have an estate tax treaty with the U.S. dies owning a coop apartment in New York titled in his name alone.  The value of the property on the date of death is $6,000,000.  The International is permitted to exclude $60,000 of U.S. situs property from federal estate taxes.  That means that $5,940,000 is taxable.  The rate is approximately 40%.  The resulting federal estate tax would be about $2,376,000.

Example 2
If instead of a coop the International owned a condo valued at $6,000,000 and titled in his name when he died, the federal estate tax would still be $2,376,000; but now there would also be a New York Estate tax on the value of the property.

Each “treaty” country has a different tax arrangement with the U.S.  If the International’s country does have a treaty, the specific rules will determine how federal estate tax is computed.

Example 4
A condo apartment for private use is held by an International (from a non-treaty country) in a single member LLC which is disregarded for income tax purposes.  The estate tax results are the same as in Example 2 where the International holds real property (the condo) in his own name.  The New York estate tax would be about $510,800.  The federal estate tax would still be $2,376,000; the federal and state taxes together would total $2,886,800 ($2,376,000 federal + $510,800 New York).

Example 5
Same facts as Example 4 except the International holds the real property in a single member LLC that has elected to be taxed as a corporation for income tax purposes.  The result is that New York State now sees the asset (because it’s taxed as a corporation) as “personal property” having a situs outside of New York; therefore, there is no New York State estate tax.  For the federal government, the situs of the property is the U.S., so the property has a federal estate tax of $2,376,000.

What if a foreign corporation owns the New York real estate?  With proper planning, an International may be able to structure ownership of New York property in such a way that its situs is deemed to be outside the U.S.  In that case, the property may not fall under either the federal or New York estate taxing regimes (although it would be subject to U.S. income taxes).

These simplified examples illustrate the dramatic variations in estate taxes that an International and his heirs or beneficiaries may confront.  The key variables are (i) whether or not his or her country has an estate tax treaty with the U.S., (ii) the legal form in which he or she holds the property and (iii) if the property is real estate, the type of real estate owned and its use.

* U.S.-UK Estate Tax Treaty. Each country has a different treaty.

1. Keep in mind that other assets such as bank and investment accounts, stock and artwork may share similar titling issues.
2. See the IRS Estate and Gift Tax Treaties webpage attached. 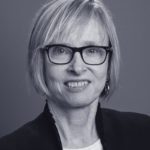 Susan Rothwell is a member of DBM’s estates, trusts and private clients practice area, as well as its charitable, not-for-profit and religious institutions practice area. She advises clients on estate and tax planning for wealth preservation and prepares wills, trusts and other vehicles to achieve client goals. She assists clients with strategies to protect assets, minimize taxes and transfer wealth to future generations. For clients who wish to make charitable donations, she advises on strategies that benefit the charity while maximizing tax benefits to the donor.

To avoid the financial and emotional costs of litigation, Ms. Rothwell works closely with clients to manage conflict among family members. She also works with Executors and Trustees on tax, fiduciary and estate administration matters. She provides assistance to small business owners with estate and succession planning.

In the not-for-profit area, she counsels clients on exempt status, planned giving and tax issues.

Ms. Rothwell is a frequent lecturer and writer on estate planning topics.

She is a member of the Mediation Committee and the Trusts and Estates Law Section of the New York Bar Association and a member of the Legal Problems of the Aging Committee for the New York City Bar Association. She received her Juris Doctor degree from Columbia Law School and an LL.M. in Taxation from New York University School of Law. She also received a Master of Business Administration and a Bachelor of Arts degree from Columbia University.