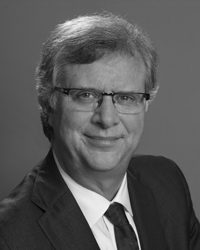 Mr. Dahill counsels and represents business entities at all levels and stages from start-ups to public companies. He also counsels and represents individuals in claims and defenses in litigation and employment matters. He appears regularly in Federal and State Courts in New York and Connecticut. Mr. Dahill is admitted to the bar in the States of New York and Connecticut, as well as to the bars of the Southern District of New York, Eastern District of New York, and the Courts of Appeals for the 2nd and 5th Circuits. In addition, he has appeared in jurisdictions throughout the country, including Northern District of Ohio, Pennsylvania State Court, Eastern District of Pennsylvania, Eastern District of Tennessee, Texas State Court, New Jersey State Court and Illinois State Court. Mr. Dahill conducts jury and bench trials, as well as appellate arguments. In addition, Mr. Dahill has conducted numerous arbitrations through full hearings at FINRA, AAA, JAMS and ARIAS. Finally, Mr. Dahill has substantial experience with successful mediations conducted both through the courts as well as private organizations.